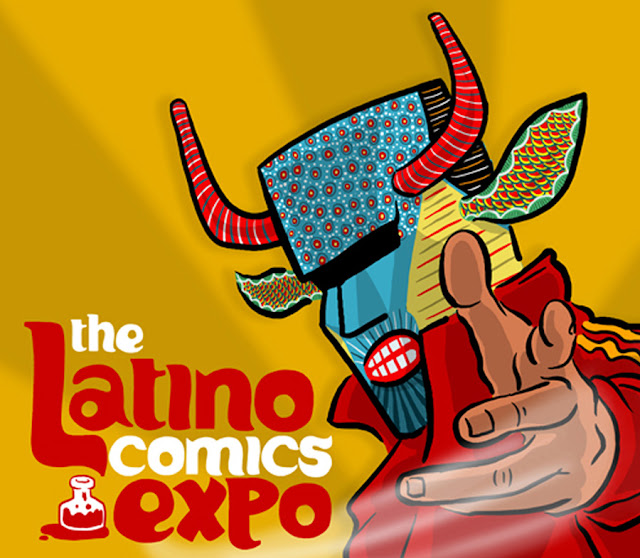 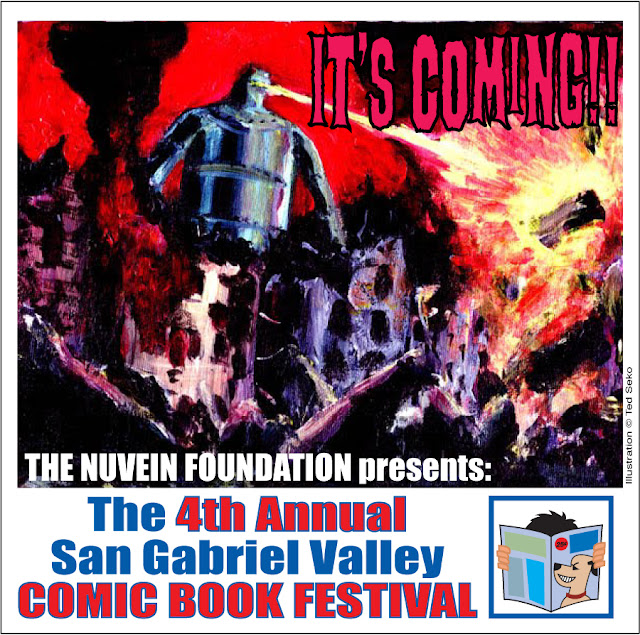 (Robot monster painting by Ted Seko)
This is our 4th year in a row presenting our San Gabriel Valley Comic Book Festival. When I approached my fellow Nuvein Foundation Board Members with the idea of hosting our own local comic book show, they wholeheartedly agreed and now we have what promises to be our biggest show yet. Again, details on this will be forthcoming, but we're eyeing a June event this year.
When I started self-publishing my own comics years ago, it never occurred to be to one day become an organizer of shows. But sometimes you have to just take a step forward and make things happen that you believe should happen. Of course, nothing like this gets done on it's own, so thanks go to the many people involved in helping put these events together.
Posted by Javier Hernandez at 7:57 PM

Oh Yeah! You guys go!
I'd be involved if I lived nearby.
(that mask for the first poster looks like a Vegigante mask from Puerto Rico... so cool)
(And Ted's piece on the SGV image rocks! :) )