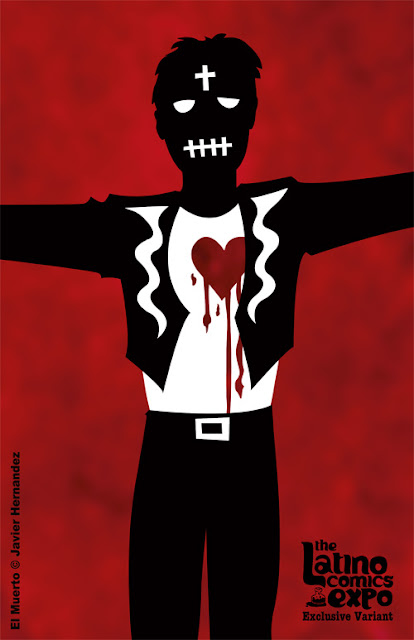 This is the new comic book I'll be premiering at the upcoming Latino Comics Expo this August 6 & 7 in Long Beach, CA. : El Muerto Resurrection. This is in fact the exclusive cover that will be available at the show.

In the shortest terms possible, it's a relaunching of the series. For the last two years or so I've been working on new story pages, the actual Part II to this comic: 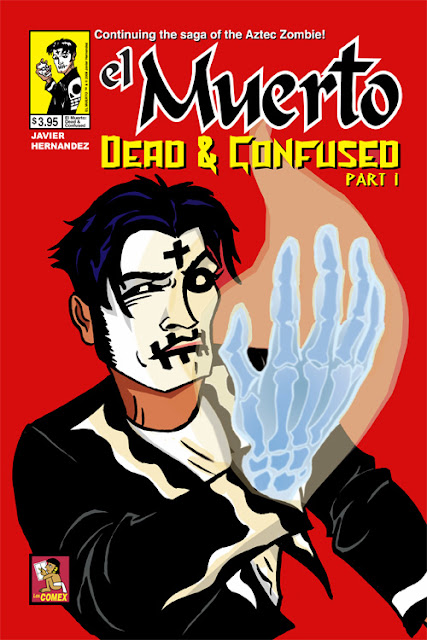 DEAD AND CONFUSED, Pt 1 is a continuation of the El Muerto origin story, this installment finding Diego de La Muerte on a journey into Mexico to try to discover some sort of answers on why he was transformed into a pawn by the Aztec God of Death, Miclantehcuhtli. While there, he gets involved in a circus, one featuring a now-out-of-vogue 'freak show'. Here's a sample page from Part 1: 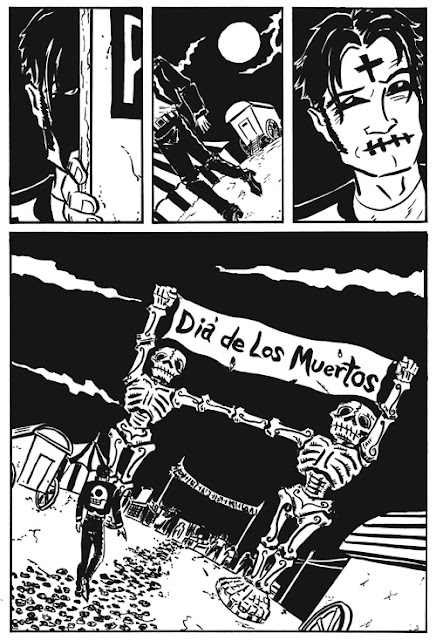 That book was published in 2008! So yes, it's been a long time coming in releasing the conclusion. (As a lesson to any aspiring comics creator, I would strongly advise against having such a glacial place in between issues....). So as I mentioned I've been working on the conclusion of the story. Pt 2 runs about 60 pages, I just need to finish some details on some pages and then scan and letter them all. Here's a camera shot of one of the new pages: 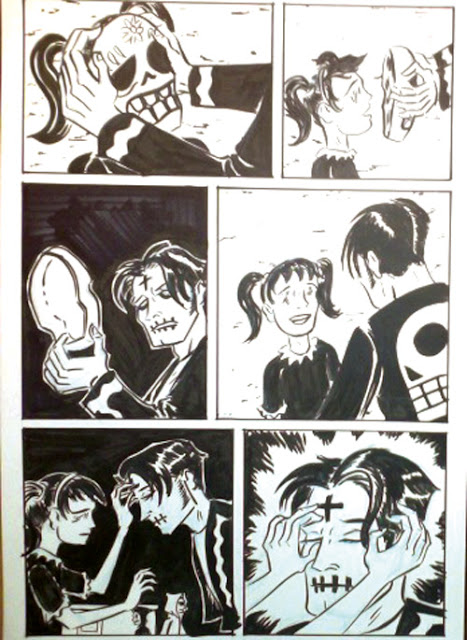 So my plan was to collect the earliest two El Muerto comics (seen below) and both Parts 1 and 2 of DEAD AND CONFUSED into a paperback collection and finally present to the world the complete initial story to El Muerto. 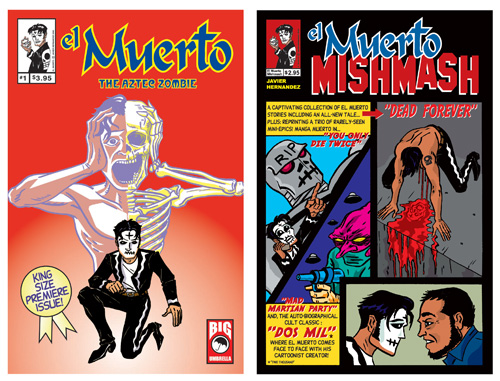 But the more I thought about it (and believe, I gave it serious deliberation) the more I realized that if I was going to publish a whole new book, a graphic novel of El Muerto, then it was best I produce a worthy product. The art in both EL MUERTO THE AZTEC ZOMBIE (2002) and EL MUERTO MISHMASH (2004) was done very early in my comics career. In fact, the origin story in EL MUERTO THE AZTEC ZOMBIE was reprinted from the very first El Muerto comic, the b&w photocopied book from 1998 shown below: 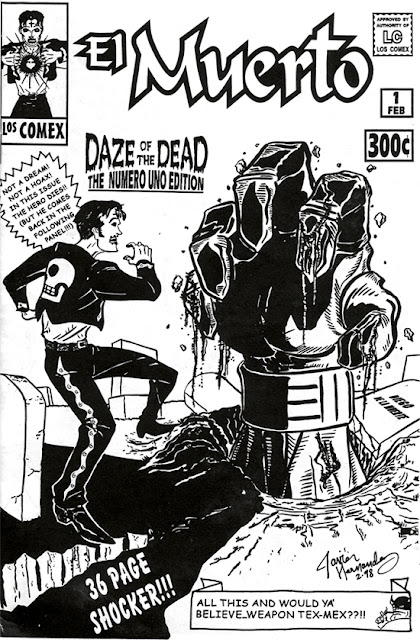 Judging the old stories against the new material I've been working on, the fact was that the earlier stuff doesn't hold up and would in fact provide a lesser reading experience than the newer work. The whole point of the book collection is for people to enjoy one long story about the character, so the decision was made that I would redraw the origin storyline, how he actually becomes El Muerto. I didn't really change any of the details, but I did expand the story to include a lot more about Diego's childhood and early friendships and romance. A much stronger debut for the character, and like I've mentioned, much more in keeping with my level of storytelling I'm at now. Here's a lettered page from the upcoming story: 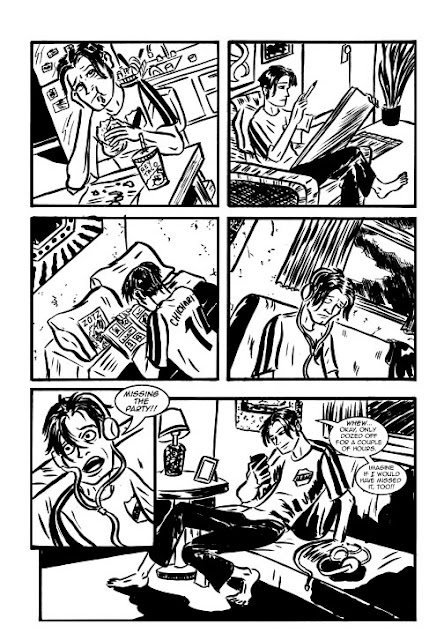 I know that ultimately I'm making the right decision for the material. I always criticize whenever someone goes back and tries to fix old work (filmmakers like George Lucas come to mind). But here I am presenting a new work, a complete graphic novel, so I feel the best thing to do is provide the reader with the best experience possible. Comic book storytelling isn't hindered by money or technology, like a film might be. One improves as a writer and an artist, and it's that reasoning that allows me to want to make my story as cohesive as possible. There will be a section in the middle of this book that was done in 2008 (Part 1 of DEAD AND CONFUSED), but with some minor touch-ups I feel they'll blend in with the new material. I guess the reader will have their own opinion, ultimately, but on my end, as the creator, I'm putting out something I believe in. So stay tuned here for more updates, as I'll be announcing a pre-order campaign shortly.

It's not a reboot or a re-imagining (not my favorite words, by a long shot!), but it's bringing new life to an existing idea.

Posted by Javier Hernandez at 8:59 AM 2 comments: