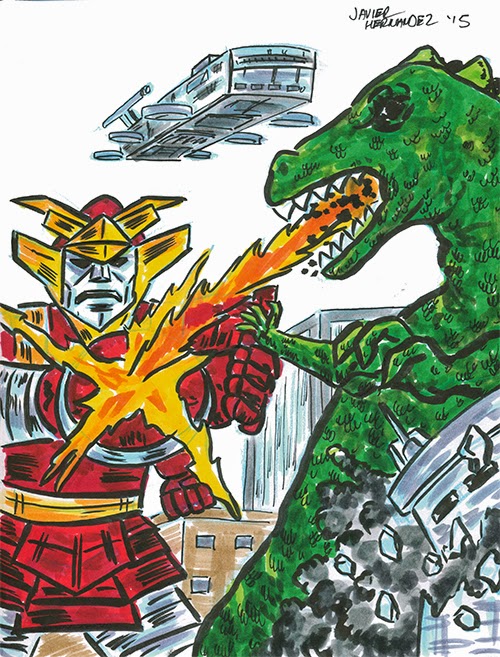 When a comic book creator from my childhood passes away, I like to remember them by looking through their old stories and drawing their characters. It’s a way to honor them, but also help deal with the sadness.

And it is a sadness. Sure, I remember their wonderful careers, the sheer joy I get from their work, the inspiration it gave me as a child and  continues today. But it’s sad because these are real people, with families and friends and daily lives. They die and many people, in addition to their loved ones, will miss them.

Somehow, we fans can get very attached to our favorites. Not just their work, but we read interviews with them over the years, learn about their behind-the-scenes moments in the comics biz, discover things about their private lives beyond comics. We sometimes get very lucky to meet them in person.

We get to shake their hands, introduce ourselves, talk to them one on one. If we’re artists, we might even share our work, or tell them how they influenced us. Course there’s also time for an autograph of a favorite comic, maybe even a photograph with the artist. If we’re lucky, we may even get a little drawing from them. 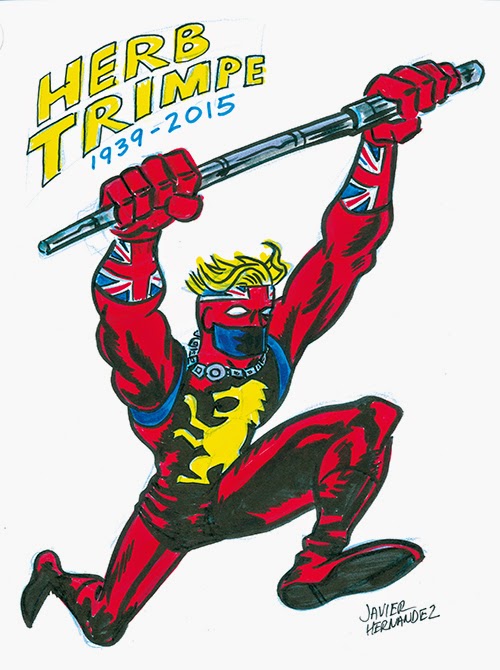 Herb Trimpe passed away last Monday. He was 75 years old, active on the convention circuit, and still drawing the occasional comic. I had the good fortune to meet him back in 2012, and I did all the things I mentioned in the previous paragraph. He was a sweet man, extremely personable and sincere. And happy. Happy like the way his comics made me feel, happy in the way his art appeared to me... He was happy.

I’m sad he’s gone now, sorry that he’s no longer with his family, friends and us. But I’m happy that he created so many stories, happy he was so good at what he did. Happy that he persevered the many roads his life and career took.

My tribute drawings here include Red Ronin and Godzilla, from his run on Marvel's GODZILLA KING OF THE MONSTERS. He told me he had carte blanche in designing Godzilla for the comic, so he left his imprint on that character for all time. And Captain Britain, another 1970s assignment for Marvel, one of his best designs, and in my opinion, one of the best designs of any comic book character. Bold and splashy and vibrant, and also very direct in getting the essence of the character across.

World's Finest: My tributes to the Superman and Batman Families

Over the last several months, I drew a variety of Superman and Batman related images in my sketchbook. I'd look through their histories and pick characters from their Golden, Silver and Bronze Ages, finding ones that I liked and wanted to take a shot at.

There's been some amazingly imaginative and entertaining stories there, so getting a chance to explore them has been fun. Here's the whole collection of all 20 drawings! 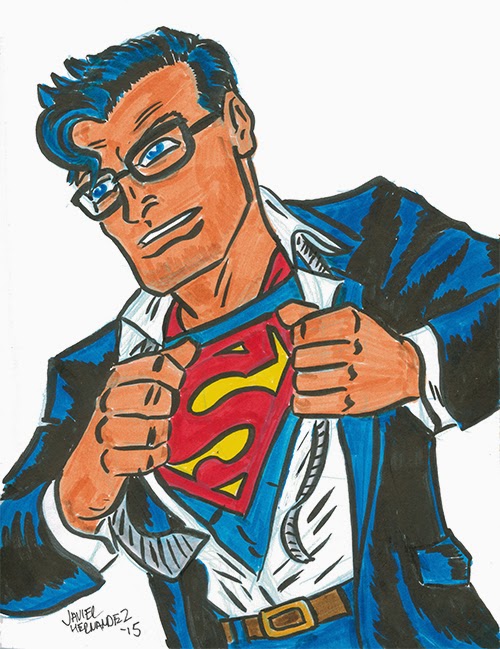 Superman, the Man of Steel 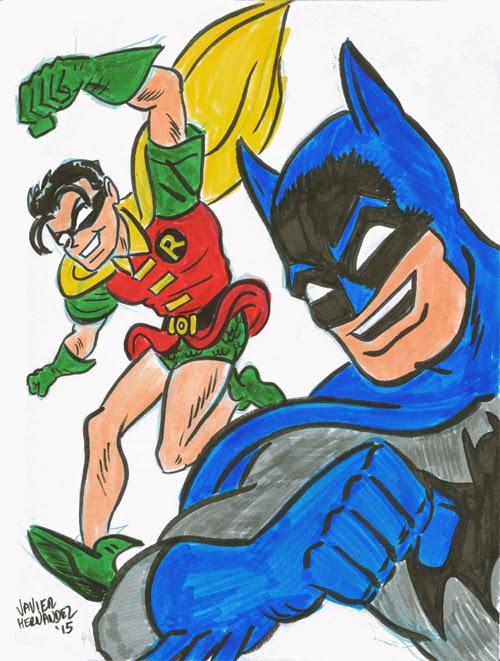 The Dynamic Duo: Batman and Robin 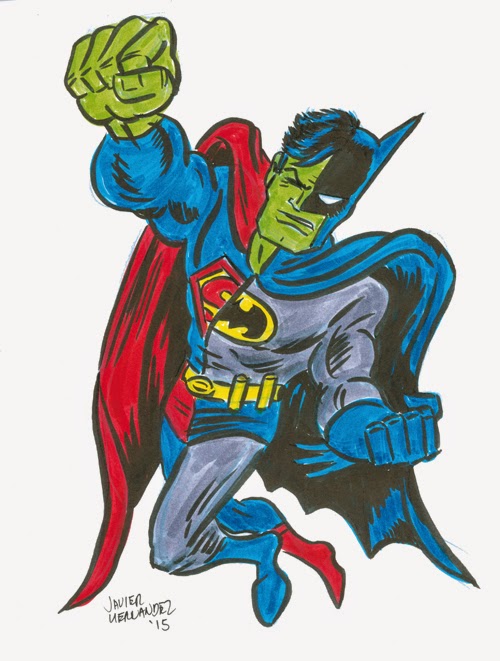 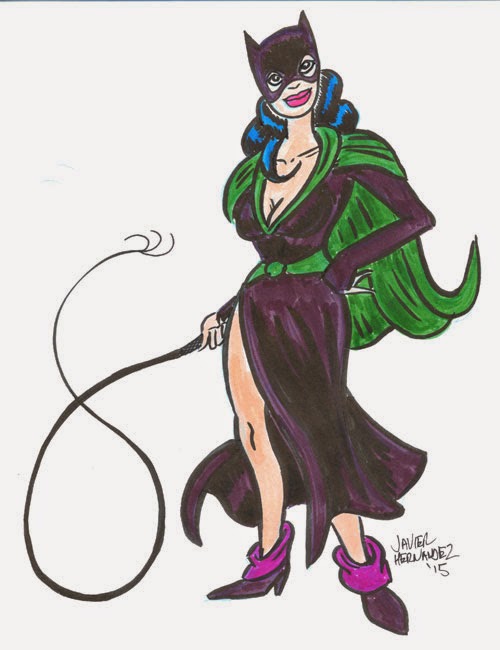 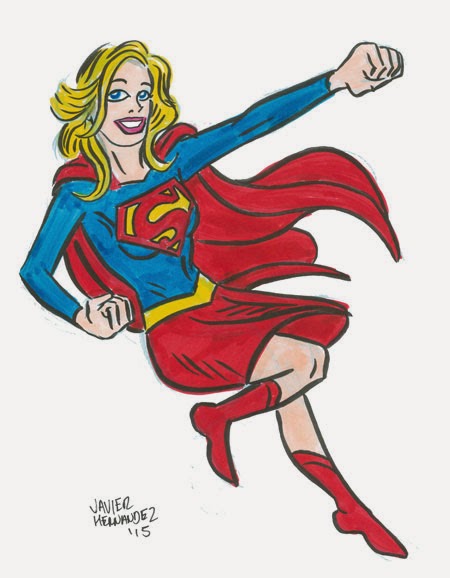 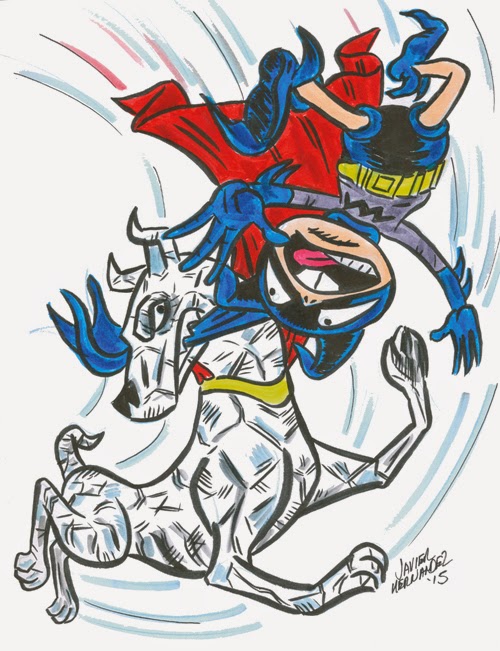 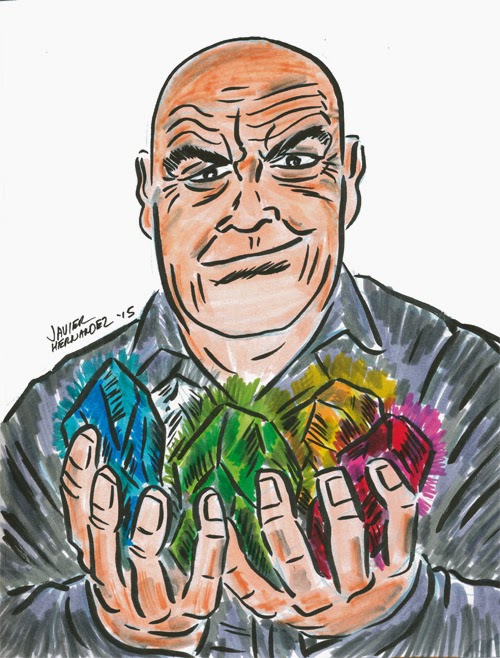 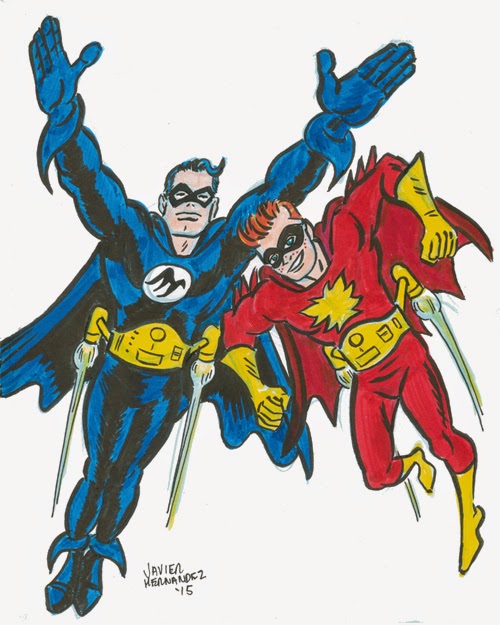 Nightwing and Flamebird from the Bottle City of Kandor 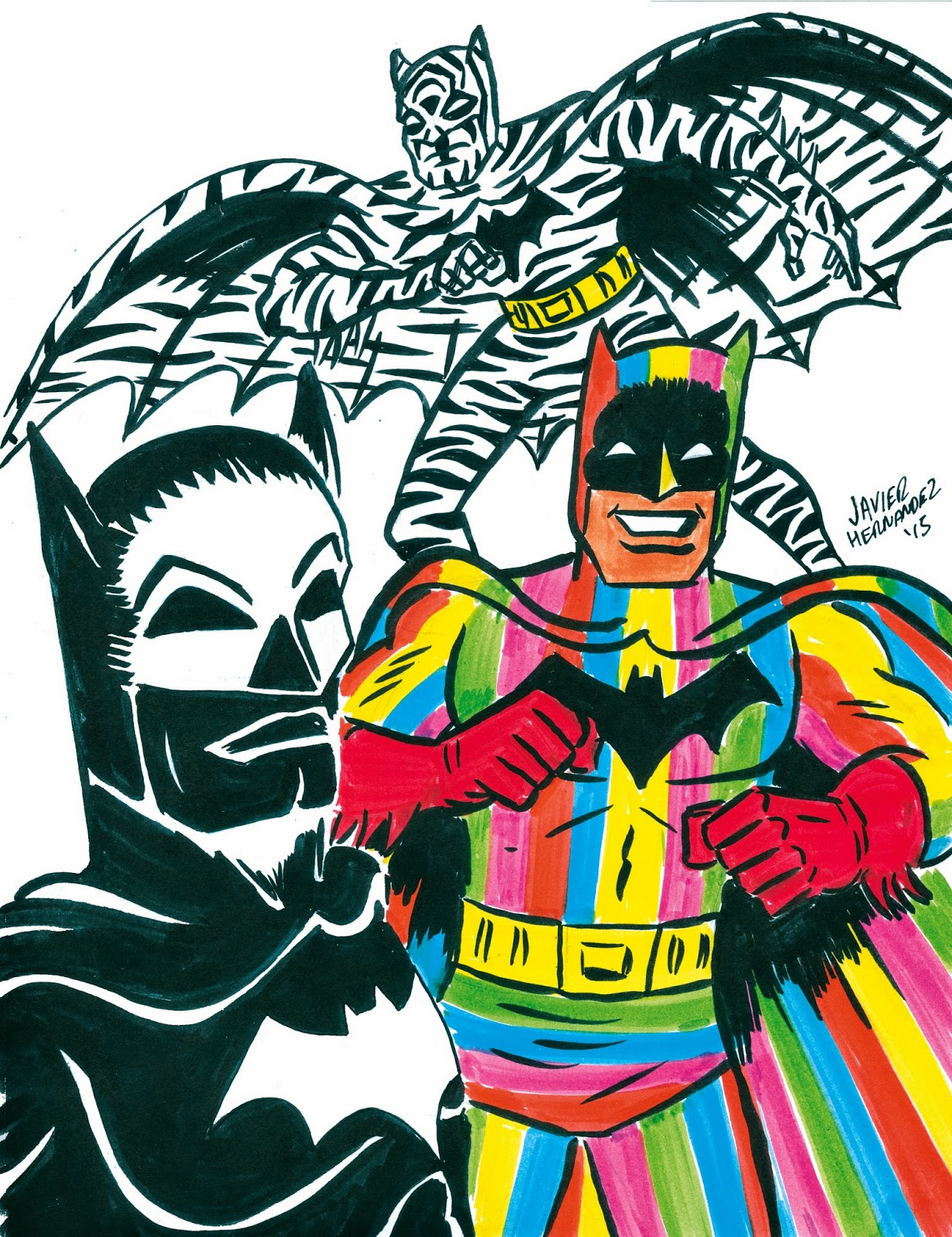 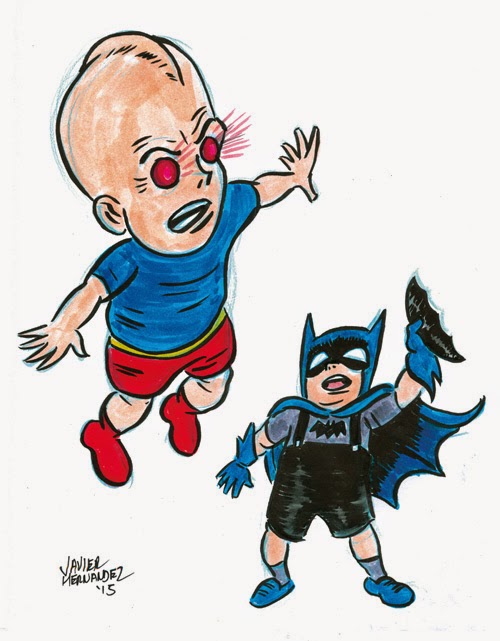 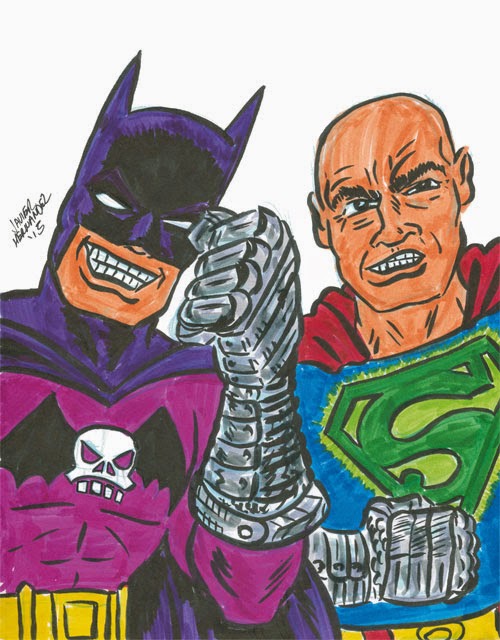 The Batman and Superman Revenge Squad 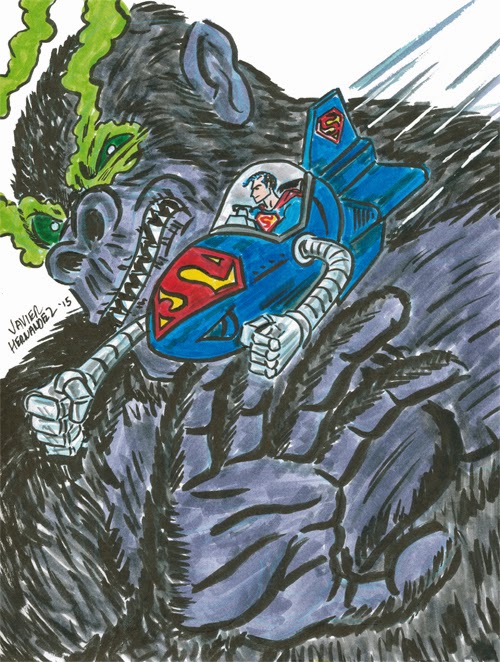 Titano vs The Super Mobile 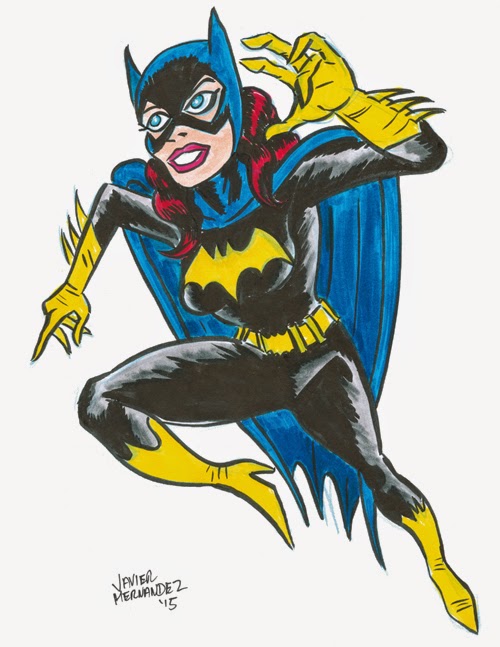 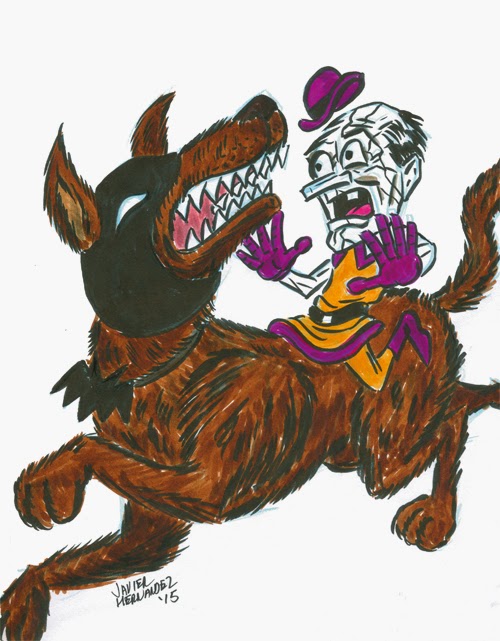 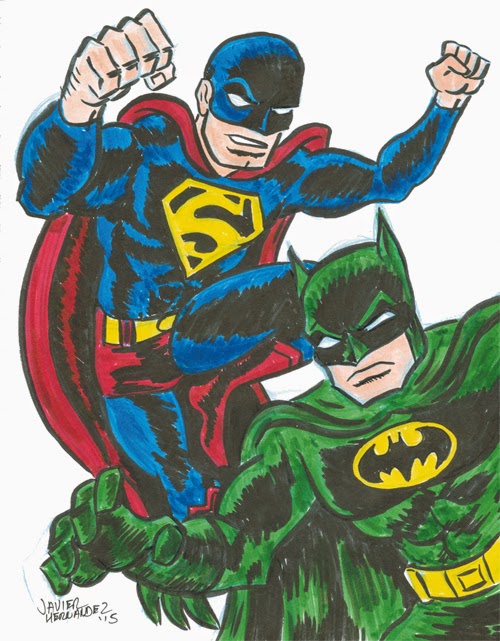 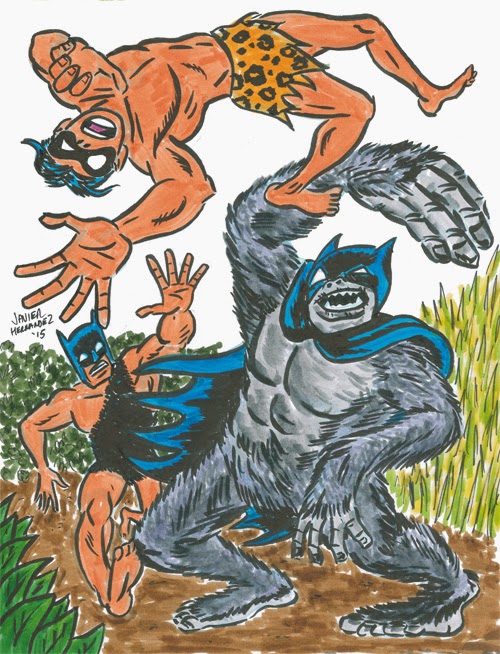 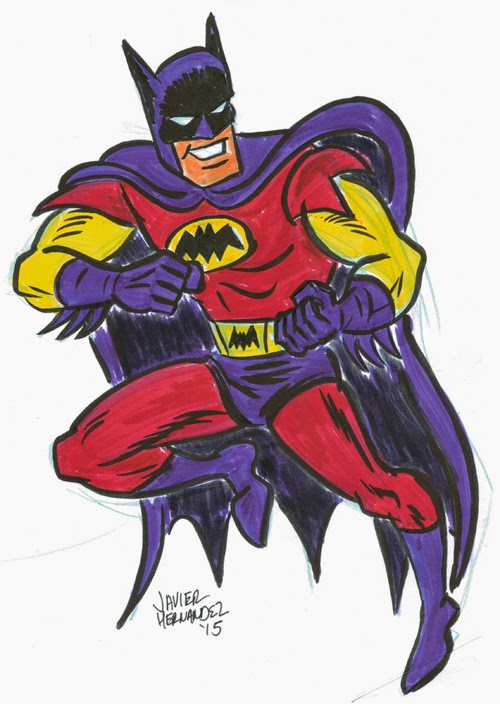 The Batman of Planet X 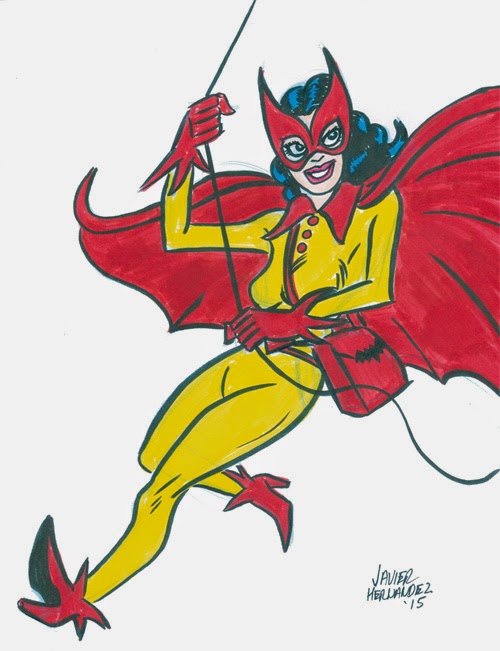 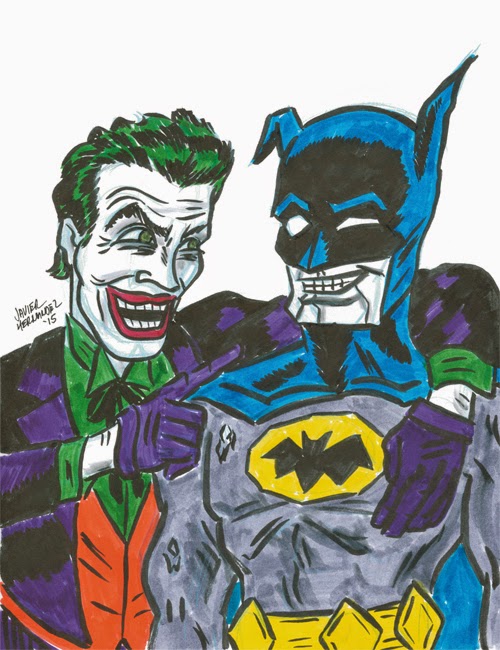 The Joker and Bizarro Batman 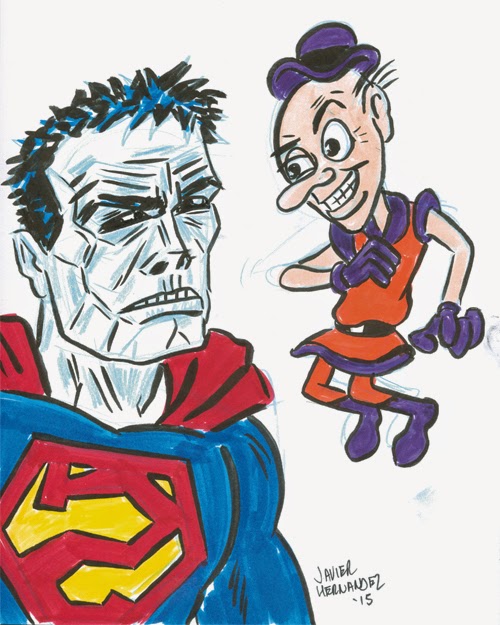 Bizarro and Mr. Mxyzptlk
Posted by Javier Hernandez at 8:42 AM 1 comment: 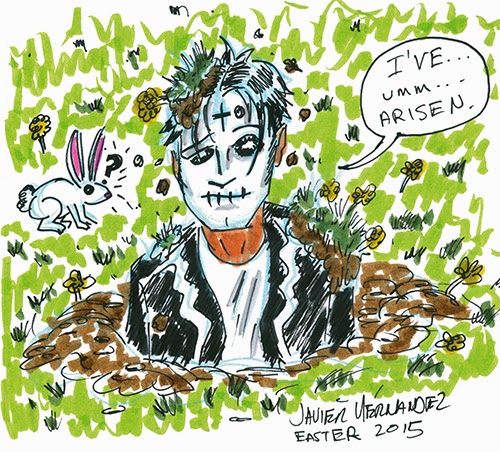 Posted by Javier Hernandez at 10:38 AM No comments: 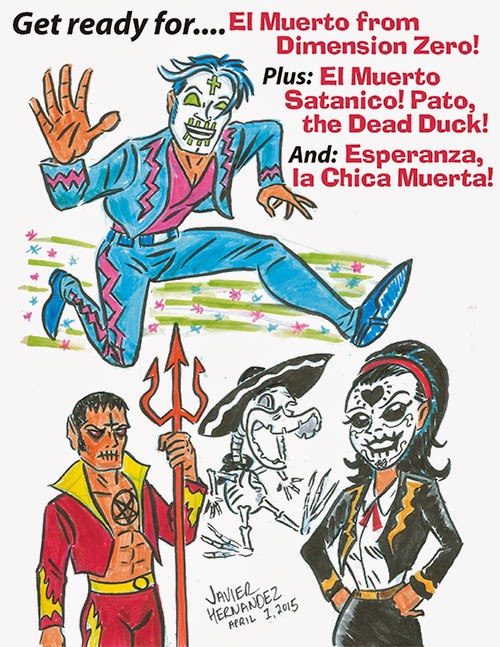 Posted by Javier Hernandez at 11:43 AM No comments: